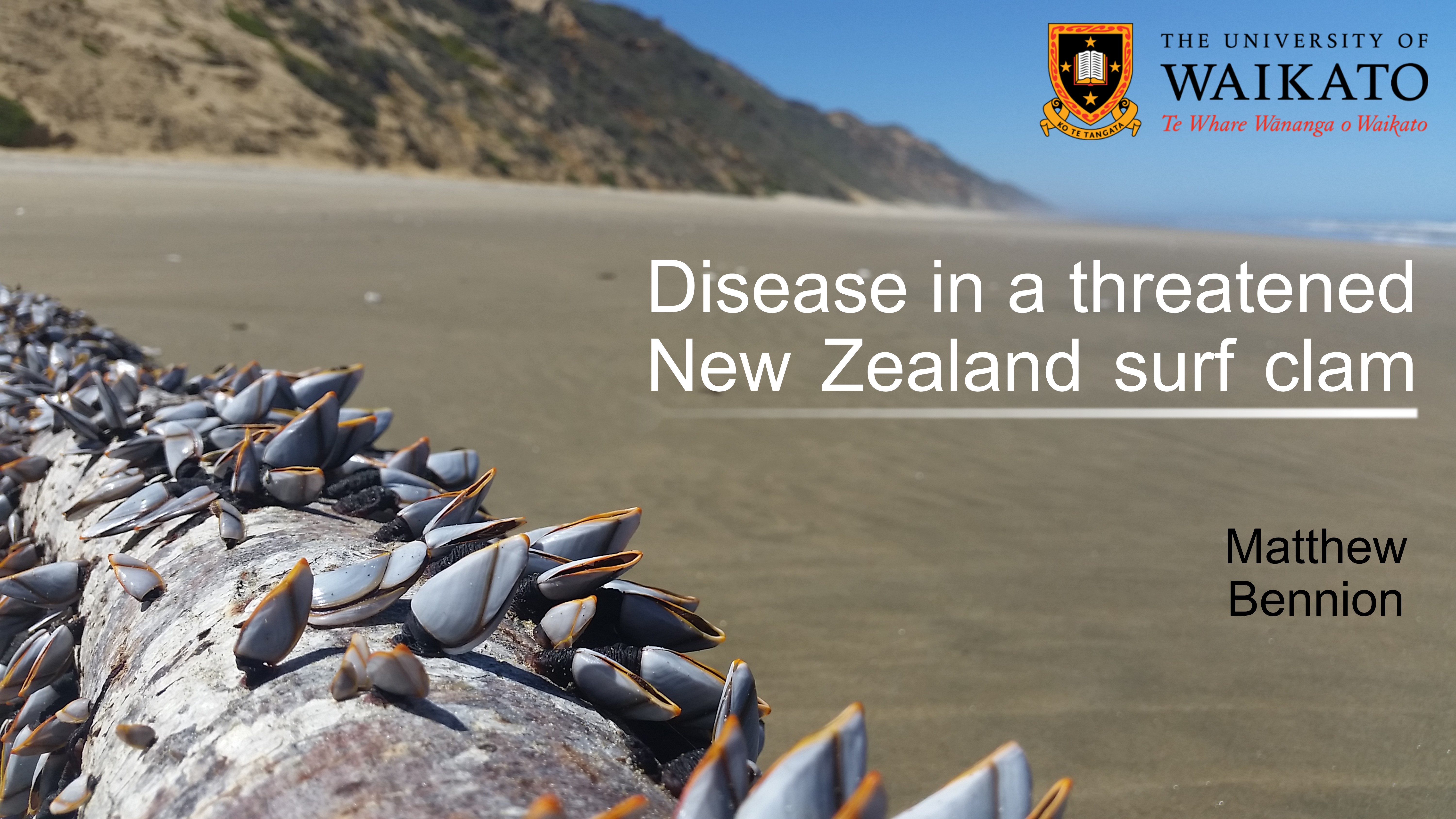 The award was presented to Matthew Bennion, a PhD Student at the University of Waikato, for his presentation titled: Disease in a threatened New Zealand surf clam.

Matthew wins an annual membership to the Society for Conservation Biology.

Disease is one of the greatest threats to shellfish aquaculture and is increasingly recognised as a significant threat to wild shellfish populations. In the aquaculture industry, regular testing has generated knowledge of pathogens and an ability to mitigate losses. The same cannot be said for wild populations, especially species that do not constitute a commercial fishery. Since 2012, Rickettsia-like organisms (RLOs) have been observed while investigating mass-mortality events in at least nine New Zealand shellfish species. In 2017, RLOs were observed in toheroa (Paphies ventricosa) for the first time. Toheroa, a once abundant surf clam, has failed to recover from unsustainable harvesting despite protections. Factors contributing to this failure are currently under investigation, but the role of disease remains a mystery. This study will examine the spatial and temporal distribution of RLOs and other pathogens to determine their contribution to the continued decline of toheroa. We will also ask the question, how can this information be used in a conservation context? Here, we strive to deliver meaningful recommendations for future recovery efforts of an iconic, taonga (treasured) species by considering disease alongside customary management.