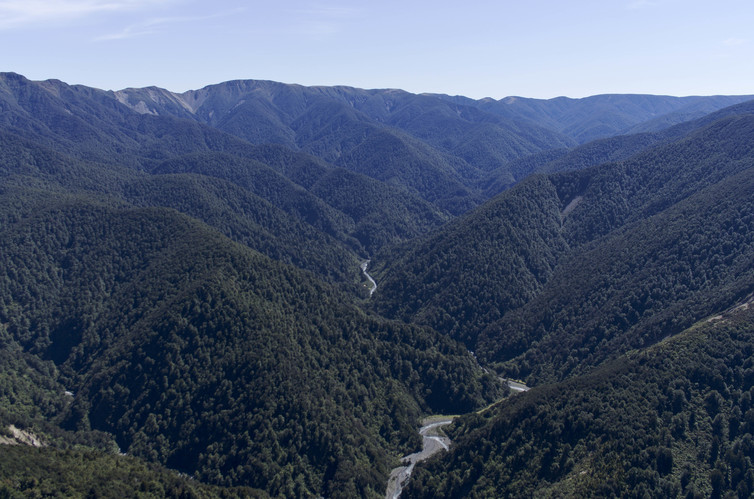 The court was considering whether the Hawke’s Bay Regional Council’s investment arm could build a dam on 22 hectares of the protected Ruahine Forest Park in exchange for 170 hectares of private farm land. The proposed dam is part of the $900 million Ruataniwha water storage and irrigation scheme.

The New Zealand government’s response to the ruling was to consider a law change to make land swaps easier. Such a move flies in the face of good governance.

The Supreme Court ruling has significant implications for the Ruataniwha dam. In addition, it asserts the importance of permanent protection of high-value conservation land.

The ecological value of the Ruahine Forest Park land was never in question. The conservation land includes indigenous forest, a unique braided river and wetlands that would have been destroyed.

The area is home to a dozen plants and animals that are classified as threatened or at risk. The developer’s ecological assessment acknowledged the destruction of ecologically significant land and water bodies. However, it argued that mitigation and offsetting would ensure that any effects of habitat loss were at an acceptable level.

New Zealand’s environmental legislation states that adverse effects are to be avoided, remedied or mitigated. However, no priority is given to avoiding adverse effects. Government guidance on offsetting does not require outcomes with no net loss.

In Pathways to prosperity, policy analyst Marie Brown argues that offsetting is not always appropriate when the affected biodiversity is vulnerable and irreplaceable.

These issues were highlighted in this year’s OECD Environmental Performance Review and a report by the Parliamentary Commissioner for the Environment on the parlous state of New Zealand’s native birds.

Battle lines in fight for the environment

Powerful economic arguments have been put forward by business actors, both internationally and in New Zealand. For example, Pure Advantage supports protection of ecosystems and landscapes. Yet, governance mechanisms are limited.

A key principle behind the Supreme Court decision is that protected conservation land cannot be traded off. It follows a High Court case in which environmental organisations argued unsuccessfully that the transfer of land was unlawful.

However, in August 2016, the Court of Appeal ruled against the Director-General of Conservation’s decision to allow the land transfer. It had been supported on the grounds that there would be a net gain to the conservation estate. The court’s ruling said that the intrinsic values of the protected land had been disregarded.

The Supreme Court has reinforced the importance of the permanent protection status recognised by the Court of Appeal.

In response to the court’s decisions, the government argued that land swaps of protected areas should be allowed. It may seek to amend legislation to facilitate such exchanges.

The Supreme Court made reference to section 2 of the Conservation Act 1987. It defines conservation as “the preservation and protection of natural and historic resources for the purpose of maintaining their intrinsic values, providing for their appreciation and recreational enjoyment by the public, and safeguarding the options of future generations”.

Section 6 of the act states that the Department of Conservation should “promote the benefits to present and future generations of the conservation of natural and historic resources”. As such, the legislation and the department contribute to what is known as “anticipatory governance”.

Anticipatory governance is fundamental to good governance, as Jonathan Boston argues in his recent publication Safeguarding the future: governing in an uncertain world.

It requires protecting long-term public interests. Conservation of our unique ecosystems and landscapes protects their intrinsic values and the services they provide. These include tourism benefits and basic needs such as water, soil and the materials that sustain human life.

The department has correctly recognised that conservation promotes prosperity. However, long-term prosperity is quite different from the short-term exploitation associated with the government’s business growth agenda.

This promotes exploitation in the form of mining on conservation land and increased infrastructure for tourism and other industries, such as the proposed Ruataniwha dam.

Amending the Conservation Act to allow land swaps involves a significant discounting of the future in favour of present day citizens. This is disingenuous and an affront to constitutional democracy. It would weaken one of New Zealand’s few anticipatory governance mechanisms at a time when they are needed more than ever.