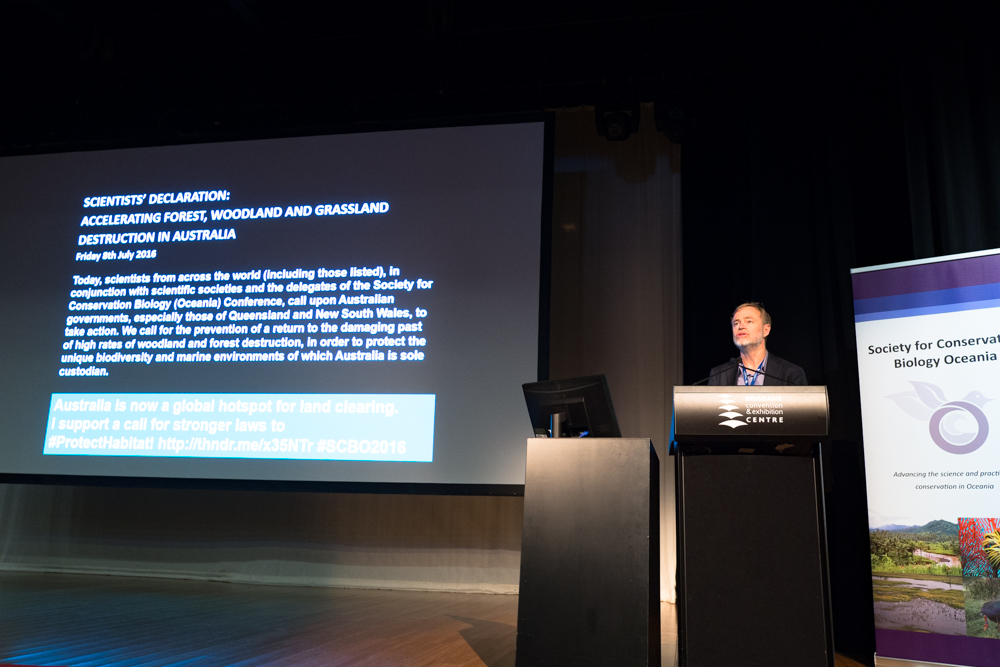 On Friday, scientists from across the world, in conjunction with scientific societies and the delegates of the Society for Conservation Biology Oceania Conference, called upon Australian governments and parliaments, especially those of Queensland and New South Wales, to take action. We called for the prevention of a return to the damaging past of high rates of woodland and forest destruction, in order to protect the unique biodiversity and marine environments of which Australia is sole custodian.

You can read our Scientists’ Declaration on Accelerating forest, woodland and grassland destruction in Australia here.

You can also read press coverage of the Declaration in the Sydney Morning Herald and from the ABC.

At 09:33am on Friday 8th July a co-ordinated “thunderclap” echoed this call to more than 400,000 followers on social media.

2 thoughts on “Scientists’ Declaration on Accelerating forest, woodland and grassland destruction in Australia released at SCBO 2016”